Bashir in Nairobi: the analysis

The case of the Sudanese president has always been a sensitive one at the United Nations. It was the Security Council that referred him to the ICC, but with mixed feelings from world powers like America and China - neither support the court out of fears it could be used against them, both abstained in the vote.

Pressing the case is also increasingly inconvenient: the focus now is on the forthcoming referendum for self determination in Southern Sudan. For that to succeed, some here feel they need a pragmatic relationship with the Sudanese government.

All this makes further action on the case difficult: the Security Council didn't respond to a previous ICC notification that Sudan itself was not co-operating with the court. It's not clear it will do so now and reprimand Kenya for ignoring the arrest warrant
Posted by Black Kush at 7:33 AM No comments: 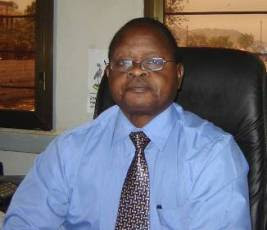 Southern Sudan has lost a hero of the struggle. Samson Kwaje will be missed.
Posted by Black Kush at 9:03 AM No comments: